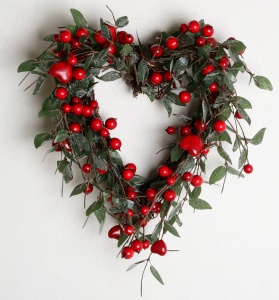 This is one of the most important metaphysical truths you can ever learn! Give and it shall be given to you in return.  There was a time when I was afraid of releasing anything. I had a fear-based poverty consciousness that limited my way of living. I thought it was dog-eat-dog darling and everyone had to fend for themselves. If you had asked me then if I were selfish, I would have argued no and pointed the finger outward to the rest of the world. I view those times as the dark ages of my development and I am happy to have found a lighter way. It is an ancient art of living that is the quickest way to create for yourself a prosperous path. I would like to share a bit more of it with you.

As a young girl raised in a Euro-Christian culture I learned of the act of tithing as counseled in the Bible. You are instructed to give one-tenth of your income to your spiritual community in thanks and reverence.  The passing of the plate on Sunday as it goes around to all of the parishioners. That is what it is on the surface but the metaphysical message lesson beneath combines the two spiritual actions that are guaranteed to make any life experience thrive and grow. From relationships to material comfort, every area will benefit if you apply this simple principle, give and it shall be given to you in return.

As mentioned, I used to live in fear-based poverty consciousness. I wouldn’t give for fear that I wouldn’t have enough. I had no faith or trust and that is a pretty scary place to be. I felt as if the world was ready to snatch me up and spit me out. It was a miracle that I received the message of tithing and I went against my torment. I heard from the voice of spirit and was instructed to give and give some more. I listened and started seeking opportunities to give. Homeless women would start appearing visible to me and I would reach in my purse and give them my last dollar. I stopped thinking only of my fear of lack and began to practice faith. I trusted that I was going to get my needs met if I was willing to give where needed. I gave and gave and gave. I couldn’t give and be fearful and worried. That would defeat the purpose. So I was also practicing the action of release. This combined with faith catapulted me into a carefree state and I watched as everything in my life began to increase. My business began booming. My relationships blossomed. My health became robust. The more I gave, the more I received. This is not limited to money. You can give of yourself in time and energy too. Faith and release, when honestly attempted, have the power to change your entire life!

We are in frightening times now. The economy is shaky, unemployment high, and life savings are gone. In such a climate it is even more difficult to think of giving if you have very little. When I first learned this metaphysical truth about giving it was during the eighties and we were going through similar hard times. Life lessons usually present themselves in less than ideal circumstances. But these truly are the most powerful opportunities to put faith and release into action. Locate an area in your life that you would like to see thrive. Put resources there. Give of yourself, time, and/or money. Do so with abandon. It isn’t easy to receive if your door is closed. Open it by giving and see the treasures rush in.